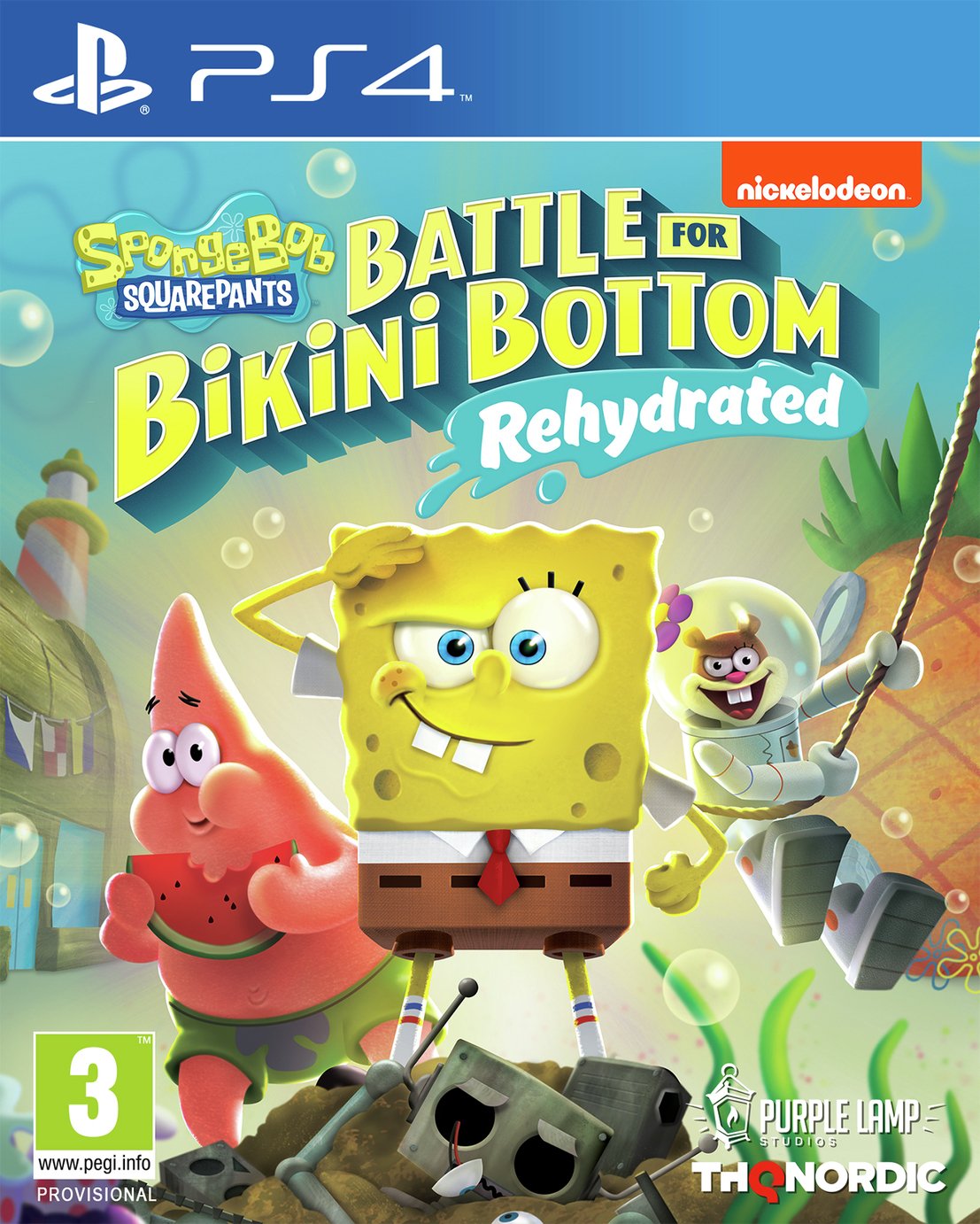 Are you ready, kids? The cult classic is back, faithfully remade in spongetastic splendor! Release date: TBC 2020. This item is FREE delivery. Suitable for the PS4. Play as SpongeBob, Patrick and Sandy and show the evil Plankton that crime pays even less than Mr. Krabs. Want to save Bikini Bottom from lots of rampant robots? Of course you do! Want to underpants bungee jump? Why wouldn't you! Want to join forces in a brand new multiplayer mode? The battle is on! . Play as SpongeBob, Patrick and Sandy and use their unique sets of skills. Thwart Plankton's evil plan to rule Bikini Bottom with his army of wacky robots. Meet countless characters from the beloved series. Faithful remake of one of the best SpongeBob games ever created. High-end visuals, modern resolutions and carefully polished gameplay. Brand new horde mode multiplayer for up to two players, online and splitscreen. Restored content that was cut from the original game like the Robo Squidward boss fight and more. For ages 3 years and over. EAN: 9120080074539...... (more)
Next Page&nbsp....
Next Page&nbsp....