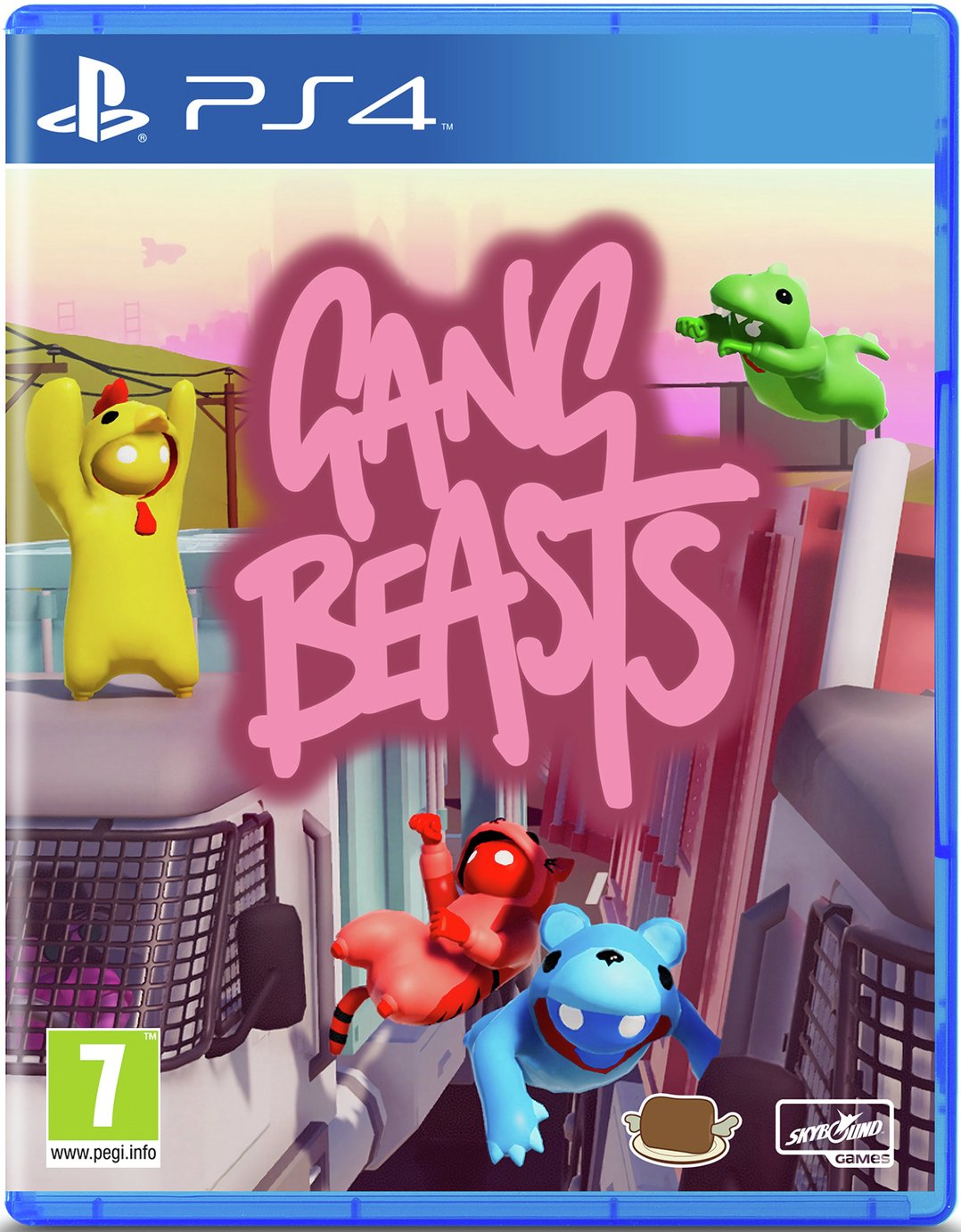 Gasp with shock & delight at the spectacle of stupid pugnacious thugs punching, kicking and throwing their foes into hazardous machinery, flaming incinerator pits and ginormous industrial fans. Release date: 6 December 2019. Suitable for the PS4. Gang Beasts is a silly multiplayer party game with surly gelatinous characters, brutal melee fight sequences and absurdly hazardous environments. Set in the hostile mean street meatropolis of Beef City. Customize your character and fight local and online enemies in the melee game mode or fight with friends against the gangs of Beef City in the gang game mode. Gang Beasts is developed by Boneloaf, a small independent game studio making a series of experimental multiplayer party games. Watch in horror and amusement as gangs of squishy beasts grab, push, pull and shove their enemies from permanently suspended building scaffolds, unattended ferris wheels and commercial haulage trucks. For ages 7 years and over. EAN: 811949031488...... (more)
Next Page&nbsp....
Next Page&nbsp....