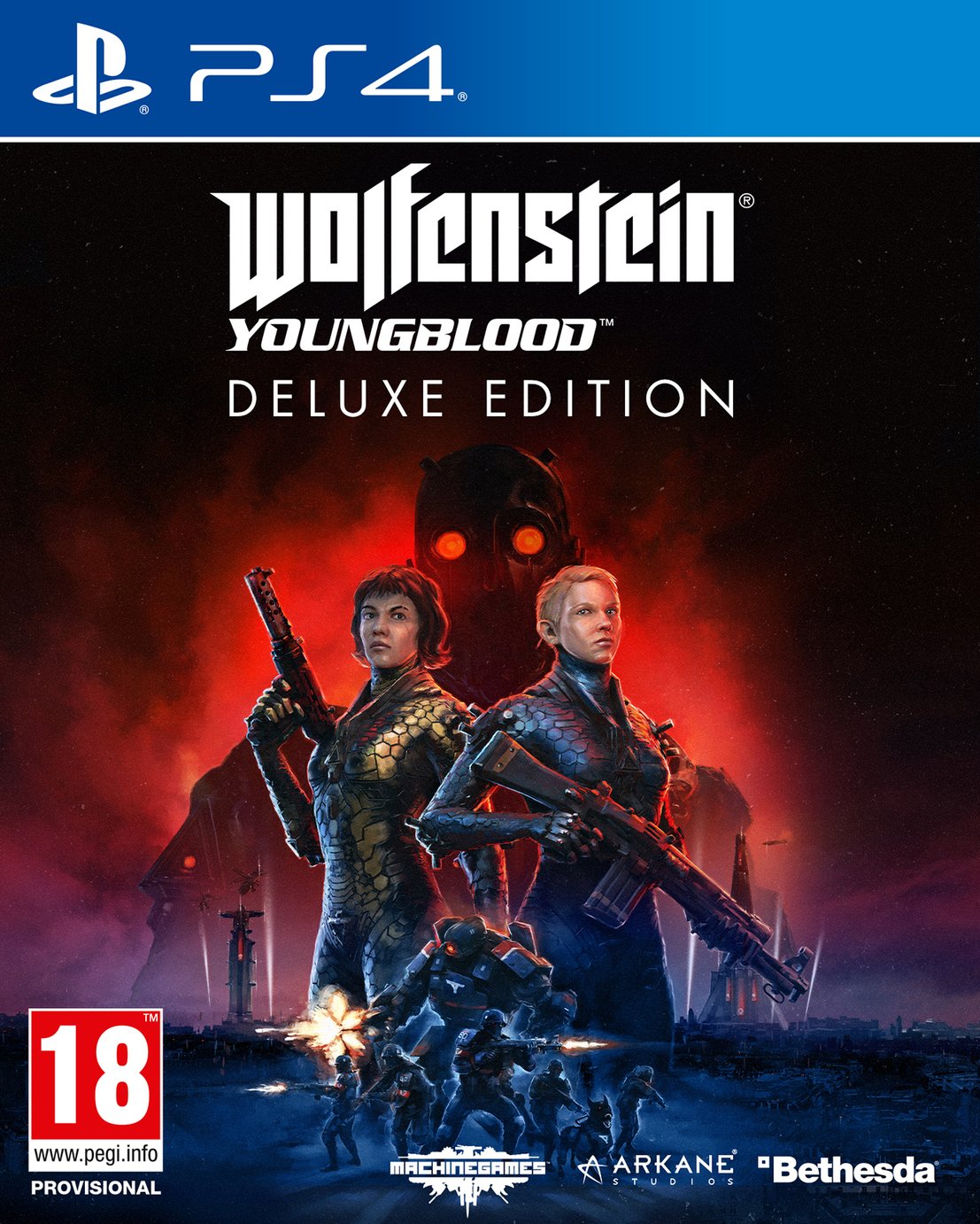 Wolfenstein: Youngblood is a brand-new co-op adventure from the developers of the critically-acclaimed Wolfenstein II: The New Colossus, in partnership with Arkane Studios Lyon. Release date: 26 July 2019. Suitable for the PS4. This game is classified as certificate 18. It contains content unsuitable for persons under 18 years old. It is illegal to supply it to anyone under that age. DO NOT attempt to purchase the item if you are under 18. Team up with a friend or play alone with an AI companion in the first modern co-op Wolfenstein adventure. Perform new tag team manoeuvres, crank up the voltage with the devastatingly powerful new co-op weapon, the Tesla Gun, and show off your flair with skins and emotes. Wolfenstein: Youngblood features the most open-ended Wolfenstein experience to date. From a new base of operations located deep in the heart of the Paris catacombs, plan how and when to attack and dismantle the Nazi regime. The wonder years, these are not. Featuring harrowing takes on iconic Parisian landmarks to graffiti-tagged streets, leather-clad Nazis, and an all-new soundtrack inspired by the synth heavy tones of classic 80s action films. Wield the latest advancements in power armour tech, weaponry, and armour to stamp out Nazi scum. Level up, explore, and complete missions to unlock new abilities, weapon attachments, gadgets, cosmetics, and more to complement your playstyle. For ages 18 years and over. EAN: 5055856425151...... (more)
Next Page&nbsp....
Next Page&nbsp....